staging deployment on the frontend

Doing phone-screens I've been asked what a deployment has looked like at previous jobs I've been at, thus this post.

to deploy staging for the frontend, a bash script would be ran, broken down here:

ec2-user@${STAGING_JUMP_IP:?} this bit is just using an env var with the jump ip address since all of the servers live in a(n) (AWS) VPC behind a proxy server (NGINX). -L ${REMOTE_ADDRESS} -M -S ssh-socket -fN -4, cue the man page:

this next function is just responsible for exiting the tunnel post deployment:

voilà, meat and potatoes of the script:

for all the ips specified as args to the script, tunnel, then, from the excellent CLI tldr:

where dist is where the build artefacts live, which then copy everything recursively using scp to the remote directory you want to your static files to live @, popd to remove a directory added to the dir stack via, you guessed it, pushd, and then call exit-staging-tunnel.

and you've deployed your frontend to staging! :~)

in your circle.yml file, first add any tests you want to run:

the name keys will show up in the circle.ci gui as headers with their outputs below.

Then, write out the steps that you'd execute normally to run the script above:

et mash'allah: whenever you push to dev or master, your staging env is built and deployed automagically.

here's a pic i just found that a fellow developer drew me week 1 of learning abt my job's AWS infrastructure... eek 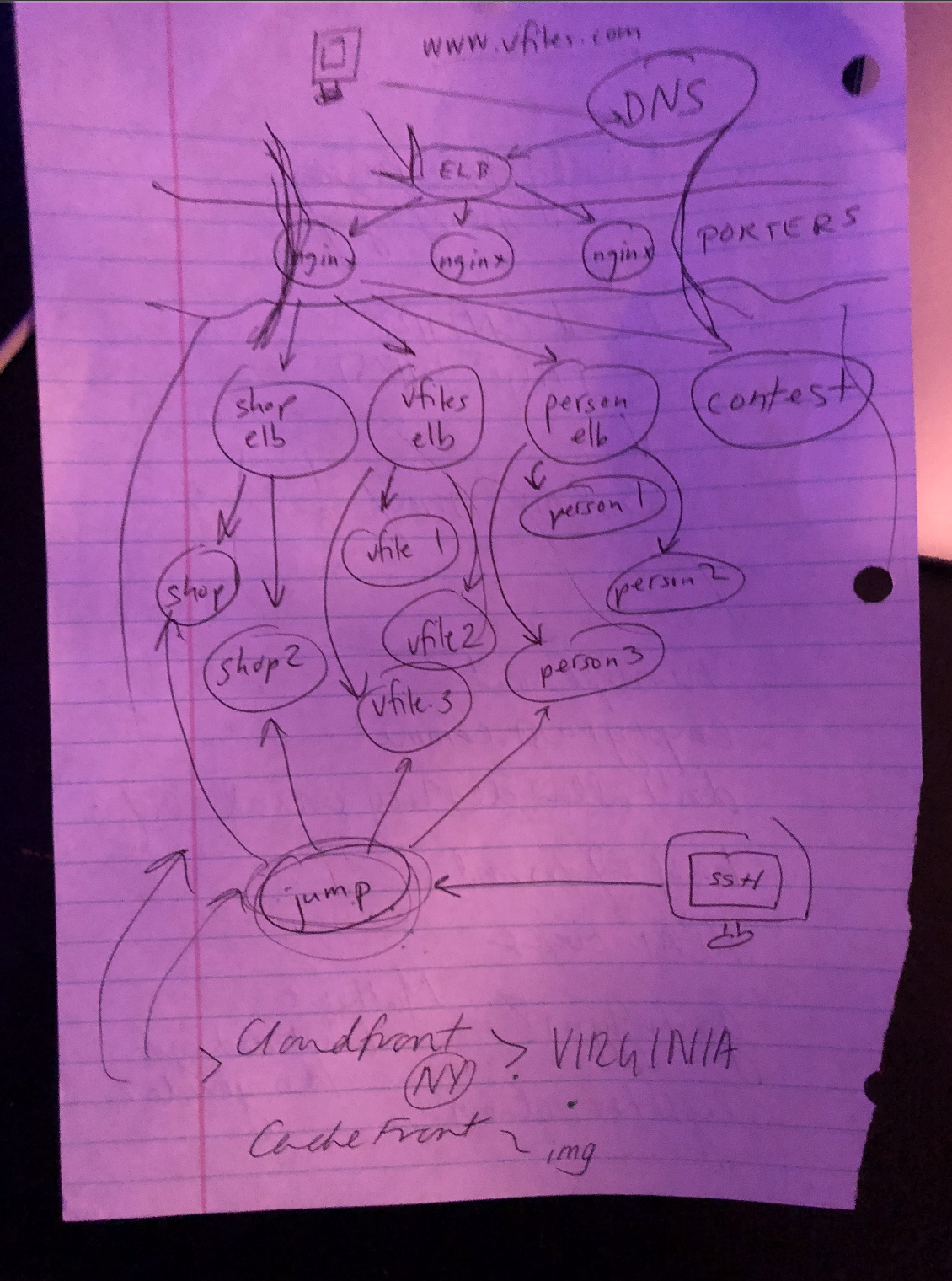